Elfa Medicamentos S.A. was founded in João Pessoa / PB in 1989 by Edalmo Leite Fernandes Assis. The company’s operations are focused on: (i) distribution of specialty medicines; (ii) distribution of generic and branded generic drugs, and hospital supplies, (iii) high value-added solutions for medical plans, clinics, hospitals, government, doctors and patients across the country.

More than 30 years ago, through his dream, Elfa took the first steps in building a company that would change the scenario of medicines distribution in Brazil.

Elfa has ceased to be a family business, moving to professional management and conquering new territories.

Between 1990 and 2010, the Company experienced organic growth, followed by the beginning of the Company’s professionalization process, and, as of 2014, with the funds managed by Patria Investimentos in the Company control, it increased growth considerably through, mainly, acquisition of several companies to expand its portfolio. 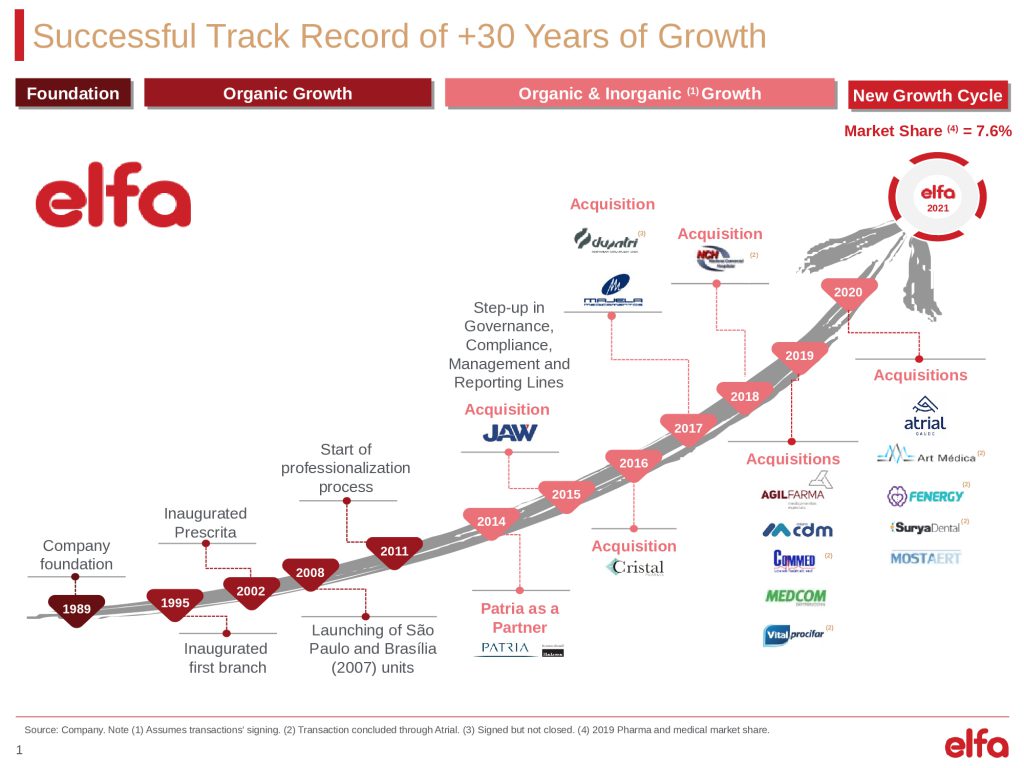 It is also worth mentioning that, in 2018 and 2019, Grupo Elfa was awarded by Valor Econômico newspaper, the most important vehicle for economics, finance and business in the country, through Valor 1000 Magazine, as one of the largest companies in Brazil. In addition, in 2019, Elfa was elected, for the fourth consecutive year, as one of the best companies to work for in the health sector in Brazil, occupying the 27th position in the North / Midwest region and 388th in the Great Place to Work general ranking – GPTW.